The National Navy UDT-SEAL Museum, also known as the Navy SEAL Museum, is located in St. Lucie County, just outside Fort Pierce, Florida. It houses exhibits to inform and educate on the role of Navy Underwater Demolition Teams (UDT) and Sea, Air, Land (SEAL) teams. The museum also preserves the history of the SEALs (the original Navy frogmen first trained outside of Fort Pierce). ATP Ministries, headed by Victor Marx, is an international organization reaching out to broken youth and families. 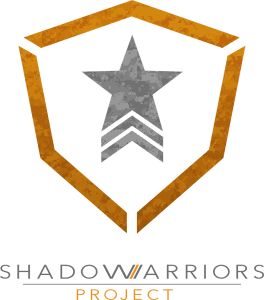 The Shadow Warriors project was created by Mark Geist, a private security contractor, who was injured while protecting the people inside the CIA security Annex from a terror attack on September 12, 2012. His injuries prevented him from being able to return to work, which made it difficult to provide for his family. Because of the “red tape,” financial struggles and little to no support for the men in this line of work, he was passionate about finding a way to help ease the load from already heavy shoulders.

We are a foundation that has been formed because of events that have taken place throughout the world where men have so bravely and anonymously offered their own life for the lives and safety of others. My Years With A Dog Man
Regular price $25
View

Yes. I Believe What The Dog Says
Regular price $25
View